After a couple of requests from some of my readers from across the pond I feel compelled to give my take upon the ancient and dark art of cider making. Now regular readers will know that I'm as about as expert on this subject as I am on say; lobotomy operations, the art of chess or even writing for that matter! So for me to try and produce a readable, practical guide to making cider using ‘The Murphyfish method’ should be interesting to say the least! I’ll endeavour to make this as plain and as simple as possible, although from me you would expect nothing else! Having said this though, the very beauty of the method that I’ve put together from various sources and other peoples accounts is in its simplicity.
A lot of the recipes and methods that I came across talk in much more detail, using chemicals and some more natural bits n bobs to produce cider comparable to shop bought. But I’m a simple man and when myself and my friend Chunky Monkey set about making cider last year we decided to forgo a lot of the science and plumb for the simplest method that would result in a drinkable and alcoholic brew. The results were firstly a great deal of fun and laughter in the making of it, a lot of expectation and of staring at bubbling glass jars and finally a brew that proved to be far more enjoyable than we could have ever hoped! Every person that sampled the stuff finished their glass and held it up for more. This, more than anything, says that the method that we cobbled together between us worked fine enough for these two bumpkins!
The Ingredients; 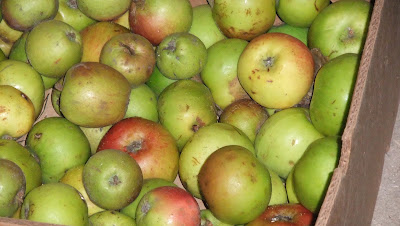 Apples;-  Yes apples, now I know some you might well be thinking ‘well that’s bloody obvious’ but before you start smirking and wallowing within your smugness, a word. Several cider recipes that I perused last year in an effort to gain an insight into this dark art named specific types of apples that were “absolutely essential” in the production of drinkable cider – hogwash. There may well be truth in that certain apples encourage certain qualities within the finish product but if, like me, you do not have access to such fruit and like me, which is more than likely the case, your apple identification runs to Crab apples, Cooking apples and then other apples well then worrying about specific types of what apples to use is pointless.
One thing that I gleaned from the abundance of material out there on the subject is that the more diverse a mixture of apples you use, of whatever types you can lay your clammy hands upon, the better. But words of warning, try a least to make some sort of record from whence you obtained your different apples and in what quantities they were roughly mixed. The reasoning behind this is if, like me, you manage to produce an acceptable and palatable cider then it’s wise to have a record or recipe if you like, of what made it successful.
Apples should be picked when ripe or as near as damn it with any bruised of rotten ones discarded. After picking I tend to store my apples for a week or so in cardboard boxes again discarding ones that appear to be rotting. It’s at this point that the inner sanctum known as the garage begins to smell like an orchard.
One final word (for now) is that you’ll require around about 20lb’s of apple to produce 1 gallon of cider. This is because there is no water used in my method so all the liquid comes from the fruit. So be aware that if you decide to produce more than just a couple of bottles then a large quantity of apples will be required.
Yeast; - But more specifically cider yeast. Now do not expect this befuddled hobbit to know the ins and outs of yeasts but apparently different types will give different results in the fermentation process, hence cider yeast is the one for me. From the little that I’ve learned so far, yeast is a fungus (I think) with several different species/varieties that consume the apples’ sugar at different rates so giving different quantities of waste off in the forms of carbon dioxide and alcohol, hence the different effects upon the end product.
It is possible so ferment cider using only the natural yeast that is found on the apples but I felt that was a little bit of ‘leaving it to chance’, hence the addition of the ‘produced’ yeast. After all it’s a lot of apples and effort to waste if it all goes tits up!
Lemons; - I add about 1 full lemon to each one of my production sessions which is about 3 gallons at the moment. This is added to introduce some acidity and seems to help the process along. Like I said I’m no expert and I do not know exactly why this works, but it does.
Strong cold tea; - This helps provide or increase ‘tannin’ in the cider. The best way that I can explain tannin and it’s need in cider production is by being lazy and giving you this link to follow; http://www.cider.org.uk/tannin.htm. Yes I know it’s a small cop out but I didn’t want to cheat and pretend that I know all the ins and outs of this part of the process.
And that’s it, just four ingredients! Well that's part one done and dusted, part two will give a run down on the equipment used and the method of turning apples into something a little bit special. I hope that this is making sense so far.
Your friend,
John
Posted by murphyfish at 12:08 AM

This sounds absolutely delicious! It's a shame that I quit drinking when I did, before my asking you if I could try a goblet of this! Just kidding . . . or am I?

When I made wine at age 15, the only thing that I could get my hands on was dry baker's yeast. It worked well enough for me, though I'm sure the experts would have turned up their noses at my product.

Hi Lon, If I'm to be honest last years cider (drank this year) suited my tastes totally - very dry, a kick and no aftertaste. I'm sure that I could spare you a small goblet - just for research purposes of course.

Mr. Smythe, I believe that any yeast would suffice and produce a drinkable beverage. I use cider yeast as it was recommended by several folk and to be honest it's about the only thing in my method that 'tows the line'.
As for 'the experts' I am a firm believer that if you like something then that's good enough, after all an 'expert' when tasting food, drink etc. is just giving an opinion on what they like - it does not mean that others will appreciate it at all.

I've used up my bumper apple crop this year (God knows how) but have written to Santa for a cider press from Machine Mart this Chrimbo.

Look forward to the next installment...

John - Would you appreciate a couple of bottles for next years open day?

Hi Chris, the press from machine mart is very similar to the one I use, which works fine. having said this I have plans afoot for making a larger one and also a larger shredder/pulper as the volume that I'm planning for next year will warrant it.
Next installment will hopefully be here in a few days.

Murphyfish, I have been discussing a similar thing at my blog. You all might be interested in this link that shows a simple, low cost, non-line toeing press. Cheers!

Hey Deus,
Lot of similarities in that video and some differences as well - the press is a great and simple idea, one that I may well consider for next year. Cheers!

Hi John. I've had 2 apple trees for seven years and so far, zero apples. But fear not, I can always run up to apple hill and get apples, but the with all that's involved, why not just get the cider while you're there? Lazy bum that I am.

Ooooooooo, this is going to be fun! (especially when we get to the drinkin' part...)

I'm liking the write-ups! Question on the yeast as I have yet to look it up - is it a dry powder or a cake that floats or a liquid yeast?

3 gallons doesn't last long, eh? I thought I read somewhere that it's good to wait about 6 months before drinking. What a wait...

Hi Mark, Because it's so much more fun making your own, also the sense of achievement when it's OK'd by others is quite warming ;-)

Eh up Kari, typical women always wants to know the ending, - nice to hear from you me dear.

Ah Casey my man, the yeast used here is in powder form and application will be explained in part 3 (I hope).

Ah but the waiting does build the expectation my friend and yes 3 gallon is a small amount - especially when folk seem to come around that little more often after their first taste!

murphyfish
Lost, Somewhere, United Kingdom
Mmmm sometimes you know I can become quite reflective, other times I just blunder through life as a bull elephant would after been being bitten on the arse by a lion! This combination doesn’t really lead to a peaceful balance in my life. 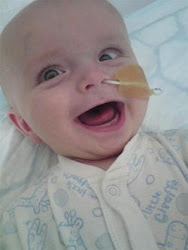 Please do what your conscience allows 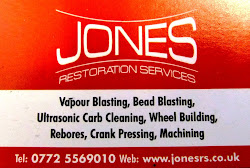